the experience
FOR BRIDES 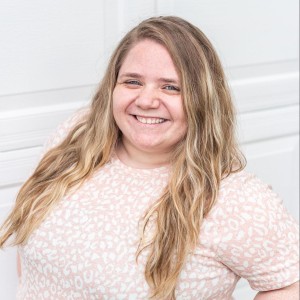 Prepare yourselves for a long post! This session was really special for me for soo many reasons. What started out as a maternity session quickly became so much more…

Melissa and I have been good friends since middle school, when her family moved into town 2 houses down from me. I remember my brother and I went over to introduce ourselves, and her Dad, Fab, told us Melissa and her Mom were away, but Melissa had broken her leg so they were coming home early. A few days later, I made a batch of brownies and headed over to meet her. I can honestly say she and I clicked immediately – that was until she opened up a jar of salsa and spilled it all over me LOL. In the following years, to say we were inseparable would be an understatement. Her parents and brother became like my own and I even helped her Dad coach his soccer team through the years. On weekends you would find us at either house having sleepovers and stuffing our faces with vienna fingers and kool aid (don’t ask lol).

I first heard about Christian around the time of my own wedding. I had hoped he would be the one for my sweet friend. The first time I met him was at our going away party when we were leaving Long Island for our move to Orlando. I remember distinctly his smile and how he looked at Melissa in the most sincere way. I could tell he was one of the “good guys.” Every time I saw him after that, I’d joke around and remind him that when he was ready to marry my Melissa, he better call me so I can take the photos, and well, he didn’t let me down!

A few months ago, I got a facebook facetime from Melissa, which I never even knew was a thing (lol). I answered but I assumed it was a butt dial LOL. To my surprise, Melissa and Christian were on the other end. She asked me when I was back in town if I would take photos of them in her backyard… I was so confused 🤔 She then held up a sonogram and said “because I’m pregnant!!!” I cried and just felt so much joy for them and obviously said yes to taking their maternity photos haha. That’s when the message from Christian came. He told me he “had a surprise for Melissa” while we were taking photos and wanted to know if we could film it too. “OMG DREAMS DO COME TRUE” was literally my response hahahaha, so we HAD to pick the perfect spot for her maternity photos knowing it would end in her proposal.

I’ve admired Planting Fields for a while now but I hadn’t had the opportunity to do a session there whenever I was back home. Knowing Melissa’s favorite color is pink and Planting Fields having the most beautiful pink floral arches, I just knew that had to be the spot and Christian’s thought was the exact same. I have to be honest, I was SO NERVOUS doing these photos. It’s my best friend and these need to be perfect! I was so scared she was going to figure it all out and it messsssed me up so bad. Most of the session is a blur because I was so nervous, but seeing these photos remind me just how beautiful and deserving she is of all things that are good – aka Christian.

I didn’t sleep the entire week leading up to this session. I would lay awake trying to think of a way to actually execute this in the most perfect way, because that’s what they deserve – perfection. I finally decided that I would have them face away from each other and give a code word for him to get down on one knee then tell them to turn around towards each other. I messed with her throughout the session though, having him kneel to kiss her belly, etc. I just kept thinking “She HAS to know, how am I going to pull this off with him?!” But to my surprise, she had absolutely no idea and Christian was able to surprise his soon-to-be wife! Her reaction was so sweet, and being a make up artist herself, her first thought was “my makeup!!! we can’t take anymore photos!” I don’t know how a single photo is in focus, I was shaking and crying so much my hands were trembling. Thanks Canon 😉

It’s official, one of my best friends will become a Mom this September and will marry her love soon after. Melissa & Christian, there aren’t enough words to tell you how happy I am for you both. Marriage is one of the greatest gifts and sharing it with your best friend makes it that much better. I know as you start your journey of parenthood, you’ll find yourself lucky and blessed to have found each other to get through it together. Your little girl will be here before you know it and I cannot wait to meet little Zoë Rose!

Thank you so much for allowing me to be a special part of your story and more importantly, trusting me with such an important part of it. There is no greater honor than being the one trusted with such a special moment. I love you both so so much!! Let the wedding planning begin!

POP THAT BUBBLY BECAUSE IT'S FINALLLLLLLLLLY THE D

When in Utah 😍 I'm not sorry for the abundance

There's no better feeling than that just married f

Pretty shoes make a great photogenic detail on you

Every week deserves to start with a little sparkle

Here's to sharing a photo only 3 people will see o

I fully support your decision to wear a veil on yo